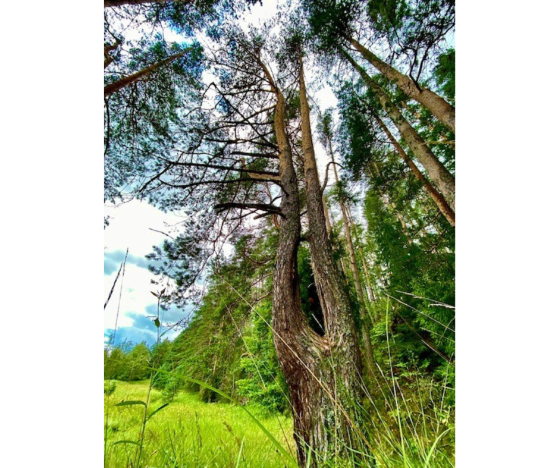 Is it possible for two people to have radically opposing viewpoints, and both be right at the same time?

My husband and I had planned to go for a walk on a spring Sunday morning.

Has it ever happened to you that when you actually can sleep in, you are up the earliest ever? Well, that’s what happened to me.

I woke up at 5 am the next morning.  I laid there for as long as I could trying not to wake my still sleeping man. Only when the first patch of light poked through the curtains did I reach for my book, opened it with great care, and read while huddled towards the light in one position until I couldn’t feel my left shoulder, fingers, and anything below the knee.

By 8 am I’d had it. Yet my man was sleeping like a puppy. Knowing that to flat-out wake a sleeping family man (or woman) on a Saturday morning when they don’t have to get up is the very definition of cruelty, I ruffled around to make enough noise to wake him up.

It worked, as it always does. He opened his eyes and there I was, all excited and smiling, “Are you ready for the walk?”

6 minutes later, walking out of the closet and all ready to go, I saw him still in bed buried in his phone.

“You’re being rude and impatient,” he responded.

I was shocked by his statement. I was anything but impatient. How could he even say that?!

And then I saw it – we were both right.

In his reality, he had asked for only 10 minutes and I’d jumped on him at 6. In my reality, I had waited for 3 hours and 6 minutes.

I was impatient and patient at the same time.

The best we can do is see this world through our own perceptions, experiences, and reality. The enigma is that we can be opposing someone and we can still be right. And while someone can 100% disagree with us, they can actually be right, too.

Thus, truth is a double-ended sword and both sides can have an edge.