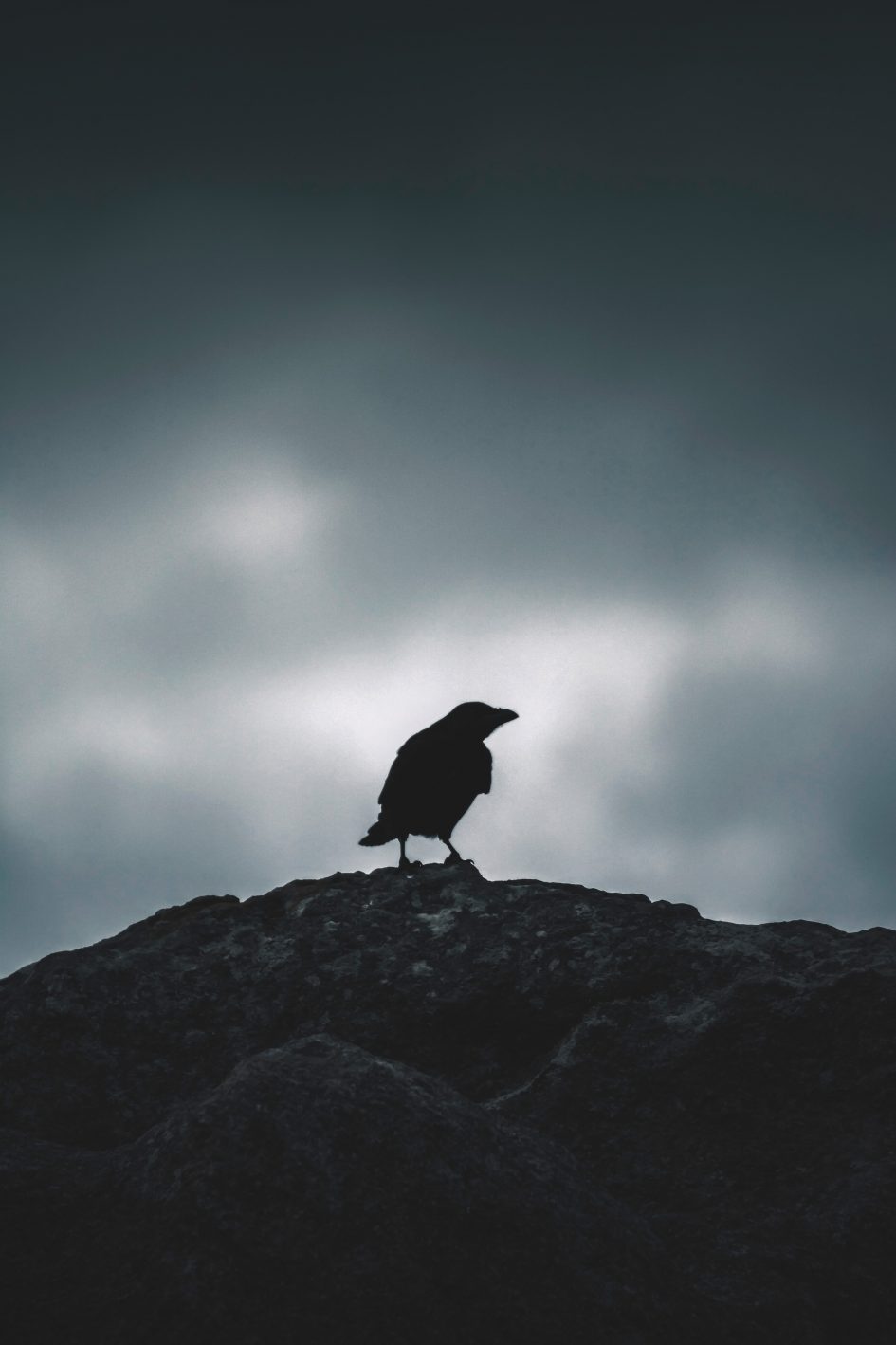 So, is it? A sign from dimensions beyond our comprehension? Or is it just a coincidence when you see an unusual “thing” in your daily happenings?

How would you know? How would anyone know?

The first time I REALLY pondered on this topic was on my Dad’s birthday after he had passed.

My husband and I went for a walk in the desert of New Mexico with our dog Rex. “It would have been my Dad’s birthday today,” I said, as all my life energy poured out of my feet into the sand and slithered into the vastness of the mesa, like a snake.

The air sat still, the clouds were hanging low, and as the last word rolled over my lips, a big fat crow appeared as if from nowhere. It flew across the cacti, and sat on a fence about 10 yards from me.

As if that wasn’t peculiar enough, our dog, the chaser of all living things, did not run to the crow. No.

He walked over, sat in front of the bird, and looked up. The crow looked down, both creatures cocking their heads as if in a conversation with someone familiar.

And conversation it was. While the dog just stared, the crow, however, adjusted his feet, and talked. Yes, with the sound I’ve never heard crows make before. Not your usual CAW, but more like blowing bubbles into a soda cup.

You might be thinking that I am making it up, but don’t forget, I had a witness – my husband. He’s only comment was, “Are you seeing this?”

You see, my Dad never met Rex in real life, but  he loved dogs and during one of our last phone calls, he said, “It looks like Rex and I will never meet after all.”

Now, looking at my dog and the crow, it looked like the two souls meeting after all.

From that day on, every day, I would have a crow meet me at that fence at the edge of the desert, and then follow me on my walk.

But let’s come back to the question – was it a sign? Was the crow a sign of my Dad’s spirit? Or any other spirit for that matter?

I looked into the teachings of the world of spirituality

Turned out, I was not the first person to ponder on the significance of crows. Far from it.

The Nordic beliefs have a crow accompany goddess Freya, the link between the mortal realm and eternal realms. Freya is the ambassador for Death (among other duties).

The Germanic tribes, mythical world of Eastern Europe, as well as tribes in Siberia believed in something similar – the crows are the gatekeepers between the spiritual and physical worlds.

Ok, I can wrap my head around that. The crow came to open the gate.

According to Native American and Celtic beliefs, people who are connected to crows carry a heavy responsibility to Spirit. They have come to this Earth-walk to help others break through old paradigms and belief systems, and step into a new, more expanded awareness of reality.

That one I like  – makes me feel special. Who wouldn’t?

Hindu mythology is rich in shamanic figures and their mounts. The Hindu god who chose the crow as his symbol, or mount, is Shani Graha. Lord of Saturn, he is also the Lord of Saturday. He is referred to as Shani Deva and is the cousin of Yama, the God of Death.

I don’t really know what to do with that. Besides, the day I saw my crow was a Tuesday. But it does talk about the dead again!

Modern science claims that crows are able to recognize one individual human from another by facial features.  Thus, though most humans cannot tell crows apart, crows can recognize individual humans. To top it off, they also intuitively know  “bad” humans  – they signal by squawking.

Was I the suspected leader of the ‘mean pack’ of the lonely deserts of New Mexico? No squawking, though …

A bunch of possibilities, but how would one know for sure whether the gates were opened, spirits connected, or whether I was just a mean (and crazy) person walking?

What I knew for sure was that I needed to keep my crow story to myself – it was enough that there was a crow who possibly knew I was crazy, we didn’t need to spread the word. Being from the modern western world and all, I needed further proof, a qualified third party opinion

Have you heard that saying, ask and you shall be given? What happened next will blow your socks off.

Eight months later I went to a Reiki appointment.

In the middle of the appointment, when I was thinking about the dinner plans and the Reiki master was sitting at my feet holding on to my toes – working on the root chakra – she suddenly asked,

“Tell me about the crow.”

Surely not the crow …

“What on earth made you ask that?” I asked.

Here’s what she said, “I keep getting a vision of a crow. So I asked the Spirit “What’s with the crow?” and the Spirit answered, “Ask Eva, she knows.” So here I am, asking, “Tell me about the crow.””

Apparently, the crow had a message – a message for my heart, for my path, for my questions. Oh I know, you’re curious. But the message was for me alone;) Just as your messages are for you alone.

You know it’s a message when you have no need nor desire to share it. It’s kind of like a pair of custom-made underpants (if you were to have a pair) – the only person who can make use of it is you, so you keep it to yourself.

Do you know how many possible signs we see every hour of every day? Yeah, you have no idea because you pay no attention to them. You don’t really “see” them. And if you do see it, you rationalize it away, explain it away, ignore it away. Yet it’s still a sign.

Thus, just the fact that you are pondering whether it’s a sign alone makes it a sign.