How To Let Go Of Bad Energy? 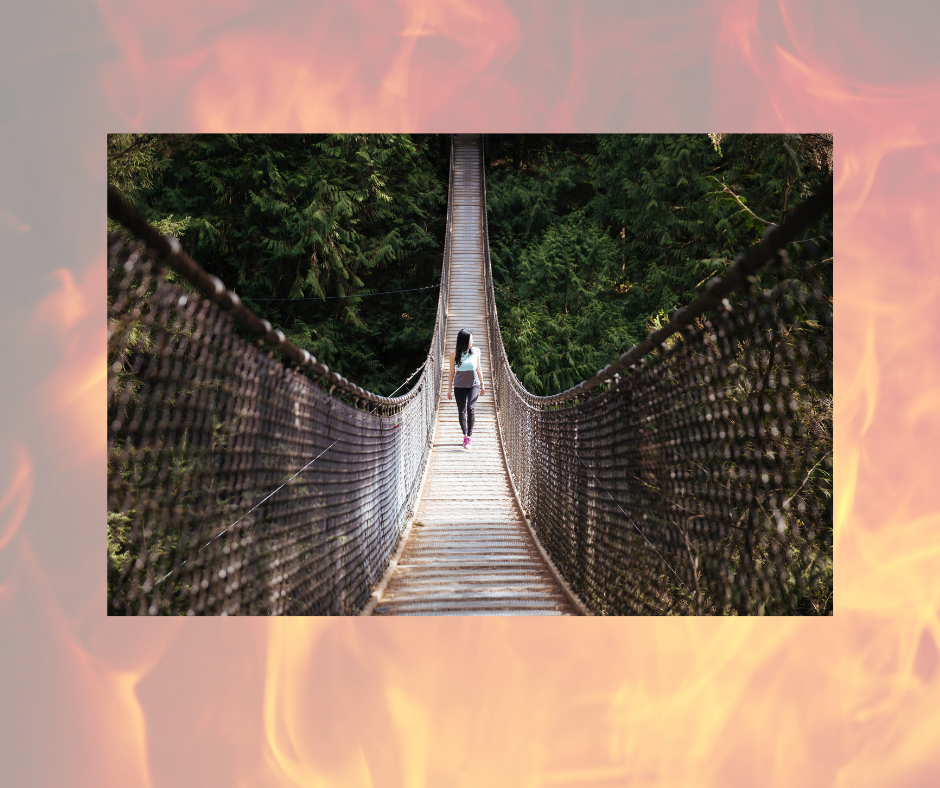 What to do when you are the grudge holder?

I have been known to hold a grudge.

The weight of a grudge has usually been too heavy to bear, and thus, I have been known for burning bridges, which is the next level of grudge-holding.

You break an expectation that I have placed on you? Even if you don’t even know that expectation? I would cut you out of my life.

But not guillotine-style during the French Revolution.

I would do it slowly and gently, like arsenic poisoning from an Agatha Christie novel.

Do you know where that has left me in the past?

In a very safe place.

If you are a bridge-burner, even your greatest relationships are short-lived. Eventually you will stop investing in them because, Why bother? Best to keep everyone at a safe distance.

And then one day I got the taste of my medicine.

I went to a neighborhood park with my kids, and another Mom with her son, with whom we occasionally went for a walk and park together. The kids played, and my dog, still a puppy, got crazy playing and running, and jumped on the other kid and knocked him down.

We apologized, nobody was hurt.

The other Mom went home and I went home.

I went home to cook dinner; the other Mom went home to unfriend me and block me from every possible form of technology and social media.

Now that’s bridge-burning Level 100X. My own medicine right in my guts, guillotine-style.

But it got me thinking.

Did I mean to cause that hurt? No. But I hurt nevertheless.

Did every person who ever hurt me meant to do so? Hmm … I so want to say that at least some of them did, but if I’m honest?

Louise Hay said in an interview with Nick Ortner that

“in any given moment everyone makes the best decision they can based on the information they have. In the next moment, they may realize that it was a terrible decision, but that’s already the next moment with different information.”

She also said, and I am paraphrasing, that other people are merely trying to roll their day to the evening with minimum amount of suffering. They are trying to survive their day; they have no time to connive cunning plans against you. They barely have time for their own plans.

Knowing this, why do we hold grudges and burn bridges?

“there is a feeling of rightness and strength in this identity [of being angry at someone] … our victimhood gives us purpose. And that’s why it is so hard to let go – we have to let go of that identity of ourselves and admit that something about ourselves is wrong.”

It’s normal to get our feelings hurt. A grudge, however, is a feeling of anger that we hold on to. We burn bridges because we don’t know how to handle that anger, and it is suffocating us.

Even though a grudge grows out of pain, we turn it into a story we tell ourselves – a story of a hero, the fragile and innocent us, against the mighty villain with sharp teeth and seven head: the others.

And we love stories – look at Disney, they have built an empire out of stories like those!

Even though it might seem that we are protecting ourselves, it’s not so. By holding a grudge and burning bridges we withhold what we desire the most – empathy and love. That’s why a grudge will never make us feel better, or heal our hurt.

So what is one to do when a grudge settles in?

Do you feel that you can’t forgive because that would mean you are condoning wrong-doing? Well, forgiving is not an act of liberation bestowed on another; it’s a gift you give to yourself.

On that day after the incident in the park, when I was cut out, I felt the bruises of all the grudges I had ever held andall the blisters from the bridges burnt.

And I learned my lesson.

Forgiveness does not free the other person, it frees you.