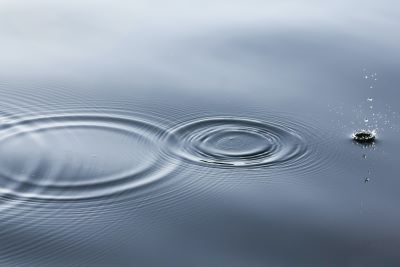 On one cold Friday morning, I was sitting in Starbucks and nurturing a cup of hot mint tea while waiting for my writing buddies to show up. That was BC, Before Covid, when sitting in close proximity to other people was a common habit, one we rarely knew to appreciate, but often complained about.

The place was packed, and the only table I could snag was next to a group of four women, indulging in a pre-weekend social gossip.

I eaves-dropped, that’s how I know. Yes, yes … not the politest thing two do, but I had nothing better to do.

Apparently, someone named Jess had done some questionable things. The consensus from the group was that Jess had had it coming. “It’s karma, bitch,” one of my table neighbors announced to which the rest giggled and nodded in unison.

It’s karma, bitch! We’ve heard that before, haven’t we? I can almost see you do your best eye-roll to go along with these words.

So what is karma?

And more specifically, is calling out victoriously, Karma, bitch! a mere observation, or is it actually something more serious, like a call for karma to descend upon one’s self?

When you dive into the philosophy of the concept, it’s nothing but the energy you emit to the world. That energy has only one goal – to find its way back to you, the author of it. Imagine it making a circle that starts with you, balloons, and like a missile, comes right back to you.

The circle is always looking to complete itself and, therefore, it’ll always find its way back home – to close the loop.

Our daily experiences are collections of energy circles looking to close. What we identify as Karma, bitch! is but a loop closing. Some loops will close within minutes or hours. Some close within days or months. And for some, it takes decades, or even entire lifetimes to close.

As I was driving home from Starbucks that day, still pondering on the topic, I leisurely looked in the rare-view mirror. There was a yellow sports car behind me, impatiently close to the derriere of my own vehicle, itching to pass.

I watched that yellow car disappear around the curve in distance, having moved around like a checkers’ button from lane to lane, swirling between cars, causing a string of red breaking lights on its path.

About 6 minutes later I came to the next traffic light. It was red.

I jammed to my music, pondered on the topic of karma, and again took a leisurely look in the rare-view mirror. What do I see?! The same yellow sports car was behind me again!

With all that pushing and shoving, they hadn’t made it any further than they would’ve if they’d just relaxed and enjoyed the steady ride in one lane behind me. The loop had closed.

That’s how karma works. Life puts the energy you send out back on your path, and you end up experiencing the same energy again, good and bad. That’s the loop closing.

Karma, bitch! I thought to myself, glancing at the yellow car. Should have stayed behind me!

Here’s the catch, though. None of it was my business – not the lesson, nor the gloating.

The very next morning, I was rushing to work. Amidst the pushing and shoving of the morning traffic, I became the car that moved around like a checkers button, not getting anywhere faster.

When 6 miles later I recognized the same car in front of me, I realized what had happened. By judging the yellow sports car on the day before, I had entered that energy field. Here was my slice, the closing end of that loop.

I allowed it to close, with a smile and recognition.

Rejoicing in others’ misfortunes is an invitation of the misfortunes to come into your life.

So next time when you feel joy in someone’s misfortunes, tame yourself before you say out loud, Karma, bitch! and focus on your own life.

Photo by Linus Nylund on Unsplash. Thank you!